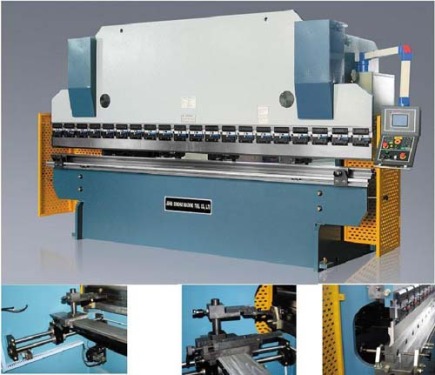 Germany's industry has been the world's best so far. The machine tools they manufacture are exported to mainland China. Later, they were emulated by the Chinese. Finally, in the Republic of China, Q11 series mechanical shears and W67Y series four-cylinder folding were manufactured. Bending machine, and the manufacturer is now the Shanghai punching and shearing machine tool factory. This is the first time in China that it has broken through the technology of machine tools and developed its own machine tools, thus entering the era of replacing machinery with machines.

Bending machines have now entered a new era of change. From the past hydraulic presses to the current hydraulic CNC, there have been about 10 years of evolution. However, in this era, when manufacturers want to stop in this market, they are faced with new problems and challenges. The Shanghai punching and shearing machine factory has jointly developed a new electro-hydraulic servo bending machine with the Netherlands in July 2012.