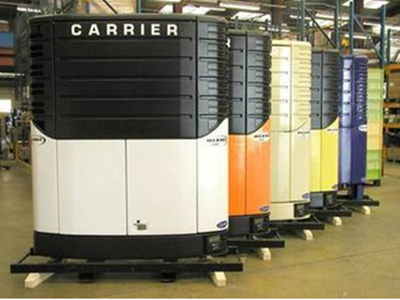 Disadvantages: The disadvantage of independent refrigeration units is that they are expensive. Due to the addition of a power system, maintenance will be more complicated and the price will be higher than it is.

Advantages: The advantage of a non-independent refrigeration unit is that the price is cheaper, the structure is simple, and it is easy to maintain and maintain.

From the price point of view: the price difference between the non-independent chiller unit and the independent chiller unit is more than tens of thousands of yuan, the budget is relatively abundant, and the temperature requirement in the vehicle compartment is not very high (the required temperature is at least minus 10 degrees below). It is better to use a freestanding proposal.

From the length of the transport distance: In the short-distance distribution within the city or between districts and counties, the use of non-independent units is recommended. Not only the procurement cost is lower, but even if a failure occurs, the maintenance is easy; for long-distance transportation, it is recommended to use a stand-alone refrigeration unit because Even if the car engine stops working during long-distance transportation, the chiller can still be normally cooled to ensure the safety of the transported items.

In short, in the purchase of a comprehensive selection of various aspects, the two refrigeration units have their own advantages and disadvantages, only the best for their own transport environment.


6.Installation. Concealed in the suspending ceiling/mounted on the wall/on the floor