With the advancement of science and the development of society, the pace of urban construction has been accelerating. Many places have slogans for the creation of a better city, which has caused the reconstruction of the cityâ€™s buildings to abound. There are also natural disasters such as heavy rain. The occurrence of mudslides also indirectly caused environmental pollution in the city. This has also caused a reduction in air quality and has had a great impact on people's travel. Therefore, it is imperative to choose to use a sewage suction truck. Next, we will introduce to you the main uses and power principles of the small sewage suction truck . Â  Â  Â  Â 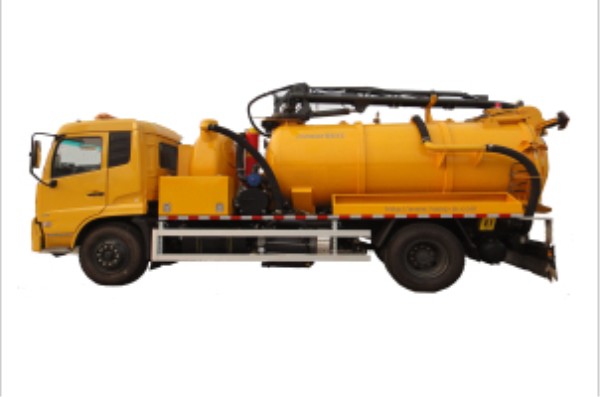 As the name suggests, small suction sewage truck sanitation vehicles mainly refers to absorbing environmental pollutants, mainly used to clean up some of the liquid waste such as building mud waste, oil waste and human feces. In daily life, we mainly use small sewers to clean refuse from the city's sewers and sewer pollution. It can also be used to dredge municipal sludge. Sometimes it can be used as a road sprinkler. It is also possible to carry out firefighting and disaster relief when it is necessary to carry out road cleaning and cleaning. Sewage suction vehicles have many advantages, such as fast cleaning speed, large internal volume, large suction capacity, etc. Therefore, it is very convenient to use as a cleaning vehicle. Small suction vehicles are currently used in the internationally respected suction vacuum pumps. With full power and long distance from the sewage, it can be widely used for the suction and draining of garbage in the sewer, especially for the evacuation of large-scale objects such as stones, bricks, mud, etc. which are difficult to clean in the sewage.

Because the dirt-absorbing rubber hose floats on the surface of the liquid, the air inside it will become less and less. When the air inside gradually disappears, the air will be thinner, and the pressure inside will be lower than the outside pressure. In this case, pollution will occur. The material is easily squeezed out of the air and sucked into the tank through the suction hose. When the suction hose is close to the bottom, the outside air is continuously squeezed into the inside, and this time it can only be compressed, so this time the car The pressure inside is much higher than the atmospheric pressure. Pollutants are discharged through the suction hose under the power of air.