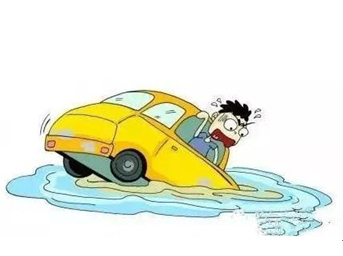 First, from the perspective of vehicle damage. After the vehicle is immersed in water, it will certainly damage the system, such as circuit system, power system and so on. These are the core systems of the car. Even if it is repaired, it will have a certain impact on its use. For example, the most obvious is the damage of the engine. Once the engine enters the water, the control shaft and other components will be bent or rusted. Some owners of the car will replace these components if they encounter bad owners. These damaged parts will continue to be on the car, which is a safety hazard for future driving. If it is a failure of the circuit system, there will be obstacles to the use of some functions of the vehicle, such as the opening and closing of the automatic door and the opening and closing of the roof skylight.

Second, from the perspective of the interior of the vehicle. After the vehicle has been soaked, there will be silt left, which can be cleaned, and there are also moldy and rotten conditions for internal accessories, but these can also be repaired and replaced. However, some places can not be replaced, such as the vehicle's airbags, if there is a problem, some owners will directly remove it, so that the use of the subsequent increase in the insecurity. Therefore, the flooding vehicle is recommended not to buy because there are many risks.

Third, from the perspective of the use of the vehicle. After the vehicle is submerged, it will have an impact on performance. Even if the engine and other systems do not fail, the residual moisture will have a certain influence on the flexibility of the parts. The most basic is that the original lubricant may be washed out. When it was gone, the coordination between the components of the vehicle was incongruous and the experience during the journey was not as good as it was.